It is a little known fact that the very first promotional products were commemorative buttons created in 1789 in the USA to help George Washington win the presidential elections. It wasn’t until the mid 20th century when the advertising market was in its hey day that promotional products became widely used and since then have become an essential marketing tool.

A 2009 study showed that 83% of people enjoyed receiving promotional products with nearly half of those people saying that they wish they received them more often. As 69% of people in the study said that they kept promotional products that they received, it really shows that people value the products that they receive from companies. Branded items in particular are a very useful promotional tool as they encourage visual brand recognition and positive reinforcement. In previous blog entries we have mentioned how the most effective promotional products are those that can be used and wearable items are amoung the most effective as it means that your company logo is seen by more people. Much like the original promotional item, customised, branded pins and badges are a flexible way of promoting your brand. As well as being able to put them on clothes, bags or accessories, pins and badges are eye-catching without being too ‘in your face’.

As it’s still sunny and there will no doubt be plenty more outdoors events before the summer is over, promotional hats are another way of promoting your brand and boosting brand identity in a practical and wearable way. Wearable promotional items can be handed out as freebies, worn by you and your staff at events or given as competition prizes and they are a surefire way of making a lasting impression on potential and existing customers. 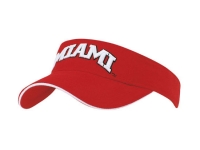